Your Phone has been verified

While greater research on threatened species alone cannot ensure their protection, understanding taxonomic bias may be helpful to address knowledge gaps in order to identify research directions and inform policy. Using data for over 10 000 animal species listed on the International Union for Conservation of Nature Red List, we investigated taxonomic and geographic biodiversity conservation research trends worldwide. We found extreme bias in conservation research effort on threatened vertebrates compared with lesser-studied invertebrates in both terrestrial and aquatic habitats at a global scale. Based on an analysis of common threats affecting vertebrates and invertebrates, we suggest a path forward for narrowing the research gap between threatened vertebrates and invertebrates.

International biodiversity conservation strategies, such as the United Nations Convention on Biological Diversity (CBD), as well as an increasing number of national and regional biodiversity policies, aim to reduce biodiversity loss and protect at-risk species and habitats. Despite the widespread adoption of such conservation policies, biodiversity continues to decline (Rands et al. 2010) and current extinction rates are about 1000 times the expected background rate (Pimm et al. 2014). The effectiveness of the CBD and other such policy instruments are dependent on a range of factors, including country-specific constraints such as funding, government involvement, social capital, ecosystems and ecosystem services, and multiple other factors that drive conservation policy (Martín-López et al. 2009). Even so, having the best available science to inform policy development and environmental decision making is assumed to be beneficial. However, widespread data deficiencies (Bland et al. 2015) and conservation research biases (Clark and May 2002) exist. Conservation efforts can improve the status of the world’s vertebrates (Hoffman et al. 2010), but less is known about invertebrates, likely due, in part, to data deficiencies and practical considerations such as lack of funding and technical limitations. While greater research on threatened species cannot ensure their protection, understanding taxonomic bias may be helpful in order to address knowledge gaps and inform policy.
Using data for over 10 000 threatened animal species, we investigated taxonomic and geographic biodiversity conservation research trends worldwide. We interpret these results in the context of refocusing conservation research priorities to fill critical data gaps and effect policy change. With concerns that understudied species may have higher risk of imperilment and extinction (McKinney 1999), there is a need to identify key knowledge gaps and biases to inform and enhance biodiversity conservation policies and actions and to provide a path forward for effective policy development.

We created a database of all animal species listed as critically endangered, endangered, or vulnerable on the International Union for Conservation of Nature (IUCN) Red List (IUCN Red List of Threatened Species 2012). Our search returned 10 615 animal species; 7227 vertebrates from the taxonomic groups Mammalia, fish classes (including Actinopterygii, Cephalaspidomorphi, Chondricthyes, Myxin, and Sacropterygii), Reptilia, Aves, and Amphibia; as well as 3388 invertebrates from the taxonomic groups Cnidaria (including Anthozoa and Hydrozoa), Crustacea, Insecta, other invertebrates (including Arachnida, Chilopoda, Diplopoda, Enopla, Onychophora, Polychaeta, and Clitellata), and Mollusca (including Bivalvia and Gastropoda).
We searched the Web of Science (WoS) citation indexing database (Thomson Reuters 2012) and tallied the number of papers on each species (Fig. 1). The most recent nomenclature for the species, as cataloged in the IUCN Red List, was used to search WoS, so previous species name changes may not have been captured in this search. To determine the number of biodiversity conservation-themed papers, we refined our search by the WoS “biodiversity conservation” subject field, in order to capture papers relevant to the fields of biodiversity and conservation (Fig. 2). We then recorded the number of papers published for threatened vertebrate and invertebrate species native to each ocean or continent (Fig. 3a). To account for variation in the number of species assessed by the IUCN Red List in each location, we calculated the ratio of biodiversity conservation papers to species listed as critically endangered, endangered, or vulnerable on the IUCN Red List in each location (Fig. 3b). Locations included the following terrestrial, freshwater, and ocean habitats: Africa, Antarctic, Arctic Sea, Asia, Atlantic Ocean, Caribbean Islands, Europe, Indian Ocean, Mediterranean and Black Sea, Mesoamerica, North America, Oceania, Pacific Ocean, and South America.
The IUCN Red List 2012 catalogs possible threats affecting each species on the Red List. We recorded each threat in our database and present the threats affecting vertebrates and invertebrates using the thickness of the connecting lines to illustrate the proportion of species affected by each threat (Fig. 4).

The criticisms that biodiversity indicators used by policymakers operating under international agreements are underdeveloped and lack sufficient data (Walpole et al. 2009) are magnified for understudied taxa. In general, charismatic animals tend to receive the most attention from the general public (Genovart et al. 2013) and conservation scientists (Bonnet et al. 2002; Lawler et al. 2006). Our analysis revealed large differences among groups in numbers of biodiversity conservation papers published per species listed on the IUCN Red List (mammals: 17.1, reptiles: 9.8, birds: 8.2, fishes: 5.9, amphibians: 0.9, and all invertebrates: 0.9; Fig. 1).
Certain mammal (e.g., tiger Panthera tigris Linnaeus, African bush elephant Loxodonta africana Blumenbach), fish (e.g., Atlantic cod Gadus morhua Linnaeus, common carp Cyprinus carpio Linnaeus; which have been introduced to many locations outside their native ranges, European eel Anguilla anguilla Linnaeus), and reptile species (e.g., leatherback Dermochelys coriacea Vandelli, hawksbill Eretmochelys imbricata Linnaeus, and green sea turtles Chelonia mydas Linnaeus) were the focus of more than 600 biodiversity conservation papers each, and emerged as outliers compared with other threatened species. Common carp, in particular, have been studied in a conservation context, not due to their declining population, but rather due to the fact that they have been introduced elsewhere and may have affected other native populations. However, even with these outliers removed, vertebrate taxa still had much higher biodiversity conservation papers published per species (mammals: 15.5, reptiles: 5.2, fish: 3.7). No invertebrate species emerged as outliers (all species had <300 papers). Although encouraging reports suggest that conservation efforts can improve the status of the world’s vertebrates (Hoffman et al. 2010), less is known about invertebrates. In fact, even in the IUCN Red List, the majority of invertebrate species remain not evaluated (IUCN Red List of Threatened Species 2012). Compared with invertebrates, we found that vertebrates had 12.3, 5.3, and 13.5-fold more biodiversity conservation papers published per species in terrestrial, freshwater, and marine habitats, respectively (Fig. 2). Such bias in conservation research has implications for scientific study, funding, and policy (Trimble and Van Aarde 2010) and raises new concerns for threatened invertebrates worldwide.

Our analysis revealed that in all regions, the number of biodiversity conservation papers published on threatened invertebrates was considerably lower and less variable compared with threatened vertebrates in terrestrial, freshwater, and ocean habitats (Fig. 3). Specifically, our analysis revealed that a higher number of threatened species are native to terrestrial and freshwater habitats (11 547) compared with ocean habitat (1046). Ultimately, this result suggests that nearly all invertebrate assessments of threat status are determined using limited scientific information regardless of geographic location, whereas the quantity of information used to assess vertebrates is much greater and more variable. For example, there are large biases to conservation papers studying vertebrates in the Arctic Ocean (200.0) and Mediterranean and Black Sea (140.5).

We provide evidence for extreme bias in conservation research effort on threatened vertebrates compared with lesser-studied invertebrates in both terrestrial and aquatic habitats at a global scale. Research biases may have implications for our relative understanding of threatened species (Pawar 2003) and conservation prioritization (Hoffman et al. 2010), but also have important implications for research funding (Darwall et al. 2011) and international decision-making and policy (Martín-López et al. 2009). Although these discrepancies are not easily rectified, there may be opportunities to refocus research objectives and international policy development based on common threats (Fig. 4). We found that the threats facing well-studied vertebrates and poorly studied invertebrates tend to be proportionally similar in terrestrial and freshwater habitats. Threats in terrestrial habitats (e.g., agricultural activities, natural resource use, and habitat alteration) are proportionally similar for both vertebrate and invertebrate species. Likewise, the most prevalent threats for freshwater vertebrates (e.g., pollution, habitat modifications such as dams) are proportionally similar for freshwater invertebrates. Despite comparable threats among taxa in terrestrial and freshwater habitats, in marine habitats, threats affecting invertebrates differ considerably from those affecting vertebrates (Fig. 4; Mengerink et al. 2014). These differences must be accounted for in the design of marine protected areas (PAs) to effectively protect threatened vertebrates and invertebrates to meet global conservation targets (Le Saout et al. 2013).
Networks of PAs, developed to conserve at-risk plants and animals, are expanding worldwide and comprise more than 12% of the global land surface and nearly 1% of the oceans (Sutherland et al. 2009). International agreements, such as the United Nations CBD and World Heritage Convention, provide global frameworks for guiding the establishment and management of PAs. Yet, the effectiveness of PAs depends, at least in part, on the quality and quantity of the scientific research that is available on the at-risk species that PAs aim to protect. PAs are often established in high biodiversity regions to protect multiple species (Le Saout et al. 2013), but few PAs are established with the goal of protecting invertebrates specifically. Further complicating conservation efforts, analysis of species declines, and conservation efforts typically occur at large geographic scales, whereas analysis of recovery often focuses on specific species, populations, and regions (Hutchings et al. 2012).
An encouraging method of starting to redress taxonomic bias in conservation science is to better utilize citizen science, through crowd-sourced data and online databases, which offer continually increasing accessibility and knowledge-sharing opportunities (Pimm et al. 2014). Citizen science activities focused on invertebrates (e.g., e-butterfly.org, bumblebeewatch.org) have garnered considerable public interest and resulted in the collection of a large quantity of data in a short amount of time. Such observations, after evaluation of their reliability, can contribute to peer-reviewed research and supplement existing online databases to provide information on natural history, ecology, population trends, and estimates of geographic ranges, even for understudied taxa. That information can then be incorporated into integrative frameworks (Dawson et al. 2011) to better predict how threatened taxa may be affected by different threats. Whether data are collected through citizen science programs or traditional research programs, prioritization must occur for target species based on criteria such as availability of taxonomic expertise and likely ecological importance (Gerlach et al. 2014).
Addressing taxonomic biases alone may not result in direct conservation actions, but understanding these biases may become increasingly valuable given the likelihood of taxa- (Root et al. 2003) and region-specific (Hampe and Petit 2005) differences in how animals respond to global change. Considering that taxonomic biases can influence how we measure global change (Balmford et al. 2003), there is a need for better integration of conservation-focused research efforts at a global scale to ensure that we improve our understanding of threatened animals, particularly understudied invertebrates. This knowledge may be increasingly valuable given the recent evidence that biodiversity loss itself may exacerbate global change (Sutherland et al. 2013). Narrowing the research gap between vertebrates and invertebrates may facilitate more effective conservation policies to limit biodiversity declines (Waldron et al. 2013).

MRD was supported by a Natural Sciences and Engineering Research Council of Canada postdoctoral fellowship. 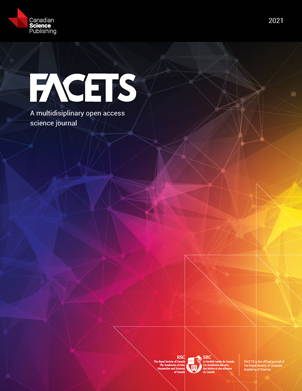 © 2016 Donaldson et al. This work is licensed under a Creative Commons Attribution 4.0 International License (CC BY 4.0), which permits unrestricted use, distribution, and reproduction in any medium, provided the original author(s) and source are credited.

All relevant data are within the paper.

All conceived and designed the study.
MRD, NJB, and DCB performed the experiments/collected the data.
All analyzed and interpreted the data.
All contributed resources.
All drafted or revised the manuscript.

SJC is currently serving as a Subject Editor for FACETS, and MRD is employed by Canadian Science Publishing but neither was involved in review or editorial decisions regarding this manuscript.